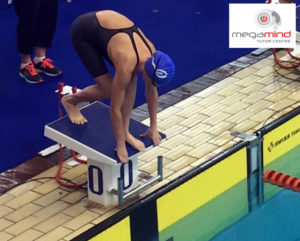 Morgan was competitive in all sports she took part in but she had to make a decision on which sport she wanted to focus on as she could not fit it all in. Morgan has been a competitive swimmer from grade 4 (2014) and loves the idea of winning. Training is hectic as she does 12 hour of swimming a week and 3 hours a week of fitness training on dry land. She has recently been selected to swim in the Tricolour Games in Italy, this will take place in July this year. Her biggest goal is to continue training so can make the Commonwealth Games and hopefully the Olympics.

The first time Morgan was disqualified for an event was at the Durban Speedo Prestige Gala, she was about 10 year old. Just before she got on the starting block Chad Le Clos got out of the lane she was going to swim in, she was so excited that she made every mistake. When she got out, her mom told her that she had just been DQ. She looked at her mom and said “did you see Chad, Chad swam in my lane”. She was so excited about seeing Chad that she just wanted the race to be over so she could see him before he left .

Morgan also got the nickname Miggie (Afrikaans for small bug) because she was the smallest and youngest in her training squad.

There are so many people that support her and wish her all the best!

We wish you all the success Morgan! We at Mega Minda are so proud of you and know you will make it to the Olympics one day. 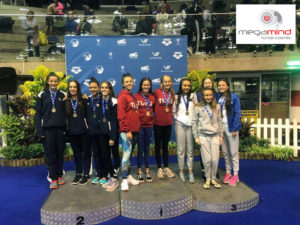